Hi All! Back again with my weekly Top 5. This week I countdown the Good Guys that were truly Hardcore . . . kinda. It’s too easy (and if you are a frequent reader of mine then you’ll understand) that listing Rambo and Commando, Tony Montana and Indiana Jones is just too easy. So, I have dug down into the heart and soul of those memorable males of the movies for your enjoyment. Some may be laughable, but their place in 80s history will never be forgotten. Plus, their dad can beat up your dad.

5. Gary and Wyatt in Weird Science

Listed individually, they are nothing . . . but together, they form the only twosome on our list. Now, you may think to yourself, “Why would these wieners make this countdown? They got Slushees dumped on their heads, were dodging attacks by Chet and wore bras on their heads!” Right you are, however, Gary and Wyatt took all the stresses of being tormented and turned it into sheer Bad A$$iness. A mutant motorcycle gang plows through their house party, but the boys grab a gun, stand their ground, and protect their crimped hair hotties they long to seduce. Anthony Michael Hall followed his hot streak of teen movies from Sixteen Candles, Breakfast Club, and then Weird Science. That streak would come to a disappointing end when he decided to star in “Johnny Be Good Lord when will this awful movie end?” 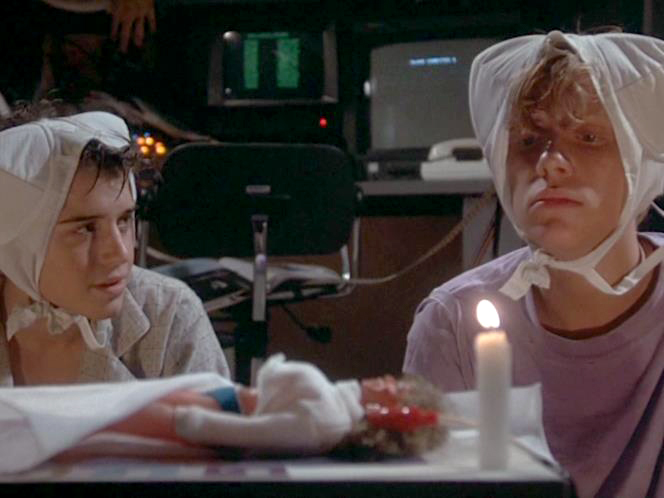 The only thing Tackleberry loved more than guns was lot’s and lot’s of guns. So often he would calmly approach violators of the law of the land, attempting to peacefully rectify the situation at hand. Very rarely did that approach work, so he took it a step further by drawing a weapon of some sort and making the offender wish they had just listened to the Officer’s request the first time. Though David Graf, the man who played the character so well, has passed on, we can all bet he is still enforcing Angels up above. “You’ll play your harp NOW Mister!” 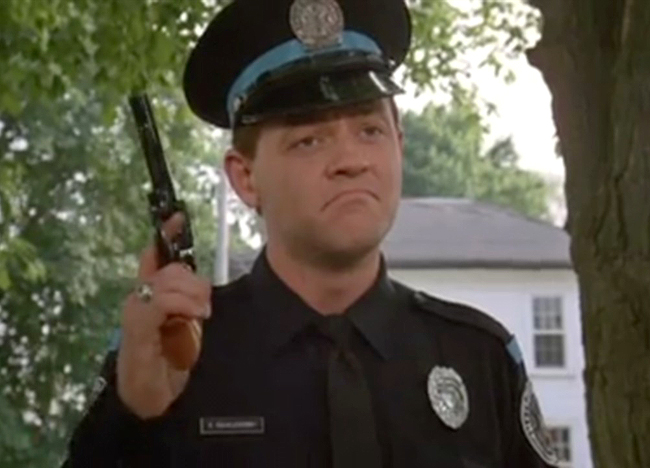 3. Inigo Montoya in The Princess Bride

“Hello. My name is Inigo Montoya. You killed my father. Prepare to die.” Even without Andre the Giant at his side, Montoya was ready to hunt down and destroy the man who doth slain his father (for my Olde English readers). He had a certain way to him. Was it his curly molestache? Was it his out of control perm? Nope, it was because his name in real life was Mandy . . . and if you have a name like Mandy, you take roles in movies that show you are tough and can kick butt at any moment. I feel like when provoked, Montoya could outsmart any foe … well, except Chuck Norris. He can win a game of Connect Four in 3 moves. 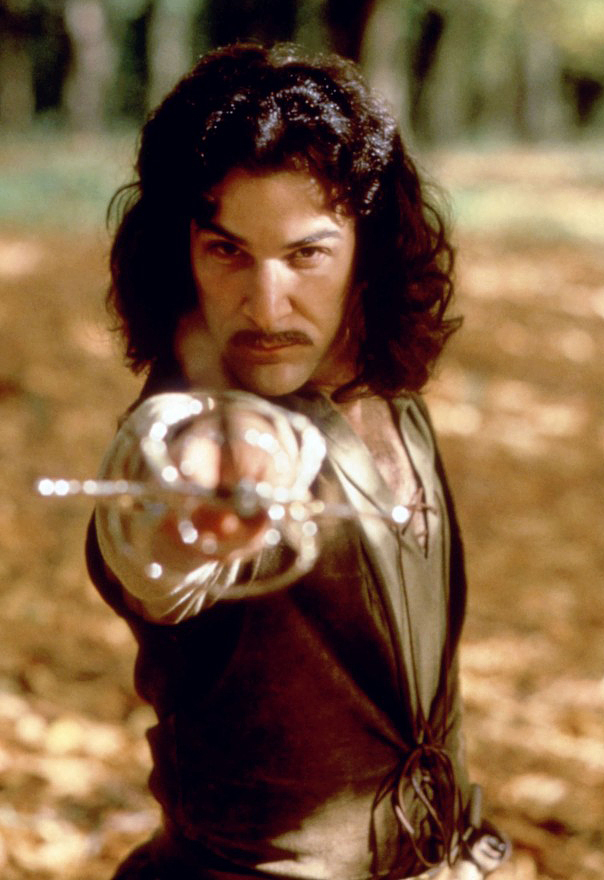 What’s a countdown without going a little Crazy for Swayze? He was the coolest cooler in the county and wasn’t afraid to put on a shirt so tight that it looked like it may have been painted on. He had 3 simple rules when dealing with a violating bar patron: 1. Never Underestimate your opponent. 2. Always take it outside. 3. Be nice. “Be nice, until it is time to not be nice.” Words of wisdom . . . true words of wisdom. I once read that the only thing faster than a Roundhouse kick by Patrick Swayze was his mullet in the wind. In fact, his hair was the true inspiration for his hit song “She’s like the Wind.” It truly is a work of art. 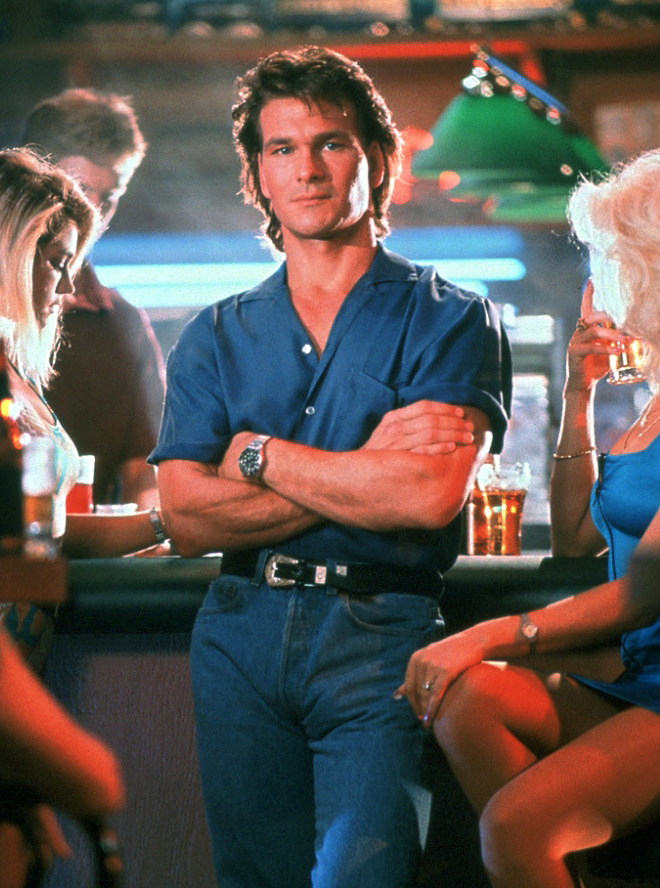 In the land of Galilee, Jesus walked on water. In the land of the Angels (AKA Los Angeles), John McClain walked on glass . . . barefoot. Few men could take down a terrorist group single handedly. To McClain, it was just another day at the office. With a Yippee-ki-yay here and a Yippee-ki-yay there, J Mac blew up anything and anyone in his way. With the help of Carl Winslow from Family Matters, McClain works to save the day and the hostages. He would go on to star in Die Hard 2: Die Harder. Come on, if you are going to take a lame leap on a title like that, it would have been way cooler to change John McClain’s name to John McPain! 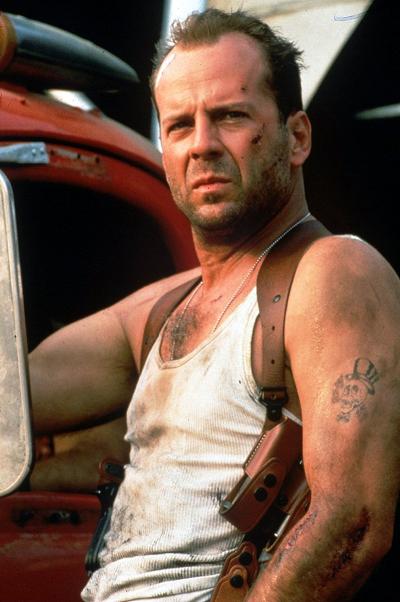