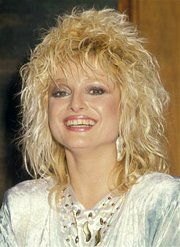 It was August 1, 1981. A new cable channel launched with a completely new programming platform – music television that offered music videos introduced by on-air hosts called VJs. MTV was born, changing the music industry and becoming a driving force in the popular culture of the 80s and beyond. Among the original five VJs on the new MTV network was Nina Blackwood. She was the raspy-voiced, super-sexy blonde that defined hip.

Nina has had an interesting and varied career that ranges from model to actress to professional harpist to on air personality (both radio and TV). She stayed with MTV until 1986 when she left and hosted “Rock Report” for Entertainment Tonight. She went on to co-host Solid Gold with Marilyn McCoo and Arsenio Hall from 1986 until the show was cancelled in 1988. She can be heard daily on Sirius/XM’s 80s on 8. You can connect with Nina on her Facebook page.

We are thrilled to have had the opportunity to ask Nina some questions about her time on MTV, Solid Gold and weighty topics such as her pick in the Jake Ryan v. Lloyd Dobler debate. Enjoy! 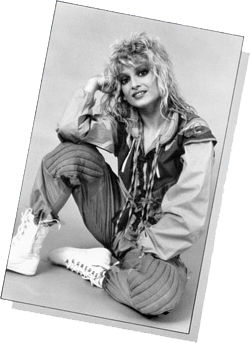 LT80s: Is it true that you were cast to be the band manager in “Spinal Tap?”

NB: I was in the pilot for Spinal Tap but played the girlfriend of Derek Smalls, who was played by Harry Shearer. At the time they were not sure if Spinal Tap would be a TV show or feature. When it came time to do the film I was busy with MTV and unfortunately didn’t have time. The manager was always played by Rob Reiner, one of the creators.

LT80s: We hear a lot from 80s fans that lament the direction that MTV has taken. That is, away from music videos and towards reality television. How do you feel about today’s MTV?

NB: I hate to say it, but I don’t like the direction MTV has gone in at all. I’m not fond of reality shows and watching people be stupid. Obviously it is working out well for them, but it is certainly not the same animal and I definitely would not want to be apart of what’s going on there. However, I AM proud of what it was like in the early days and thankful to have been a part of it when the M actually stood for Music not Moronic as it does these days.

LT80s: Talk about your time as a co-host on Solid Gold. I confess, that as a 12 year old, I had no greater life aspiration than to be a Solid Gold dancer.

NB: Hahaha … that’s very cute! It was a great experience. They sent me all over the country to do interviews with the artists. The producers treated me very, very well. Had a lot of fun with all the girls in hair and makeup who enjoyed dolling me up! Ha! The dancers were amazing and all very talented and sweet. It is a good memory.

LT80s: What do you think about American Idol?

NB: I think the addition of Steven Tyler and JLo is a brilliant idea. Must admit I tried to watch it in the past and got bored and thought Simon was extremely cruel. These two have added some spice, a lot of humour and sympatico.

NB: Good question. Hard to say…all I can tell you is that I do look up the newest videos online to see what the artists are offering. As far as how the videos affect sales these days … I can’t answer that specifically.

LT80s: Can you share a funny story from your time as an MTV VJ?

NB: Just one?! The whole time for the most part was a blast … especially the very early days at the original studio. It was a bit of a free for all with all of us … cast and crew alike. A lot of behind the scenes stuff was hysterical.

NB: I have a lot of them as you can imagine. Still love U2, Tom Petty, The Pretenders, Stevie Nicks, John Mellencamp, Eurythmics, INXS – the list is endless…

LT80s: Many of our readers love 80s fashion. What was your favorite 80s fashion? What are you glad to see come back, and what should stay locked away in the time capsule?

NB: I liked a lot of Norma Kamali and Betsey Johnson. I think legwarmers and spandex are a bit much…they can stay in the closet. 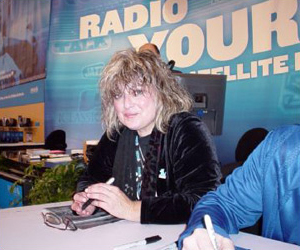 NB: I have two weekly syndicated radio shows through United Stations Radio Networks: Absolutely 80s and New Wave Nation … along with voice over work and also a project which I can’t talk about at the moment … still a bit “under wraps” as they say.

LT80s: And, finally, we recently had a rather heated debate on our Facebook page about which 80s movie love interest was more appealing, Jake Ryan of “Sixteen Candles” or Lloyd Dobler of “Say Anything.” Which do you prefer?

NB: Neither … hahahaha … not my style. I’ll take Keith Richards over any of ’em in a heart beat!