In a yearlong online poll at liketotally80s.com, Corey Feldman is the runaway winner of the Favorite Corey poll. The poll asks site visitors to choose their favorite Corey among 80s greats Corey Haim, Corey Hart, and Corey Feldman. Over 4,800 80s fans voted, with Feldman garnering 56% of the total votes. He was followed by Corey Haim with 25% of the votes. Corey Hart brings up the rear with 20%.

Feldman and Haim achieved early stardom for their roles in several 80s teen movie classics.  They starred in a whopping seven movies together, including three in the 80s: Lost Boys, License to Drive, and Dream a Little Dream. The popularity of Feldman and Haim duo lasted way beyond the 80s and even landed them their own reality show, ‘The Two Coreys,’ a show on the A&E cable network that ran from July 2007 to August 2008, in which slovenly and unemployed Haim moves in with Feldman and his wife, Susie.

On their own, Feldman starred in Gremlins, Goonies and Stand By Me, while Haim starred in Lucas and Silver Bullet, among others. In addition to playing friends onscreen, these two stars were friends in real life as well. Both went on to suffer the effects of child/teen stardom and battled substance abuse problems.  Sadly, we lost Haim in 2010 to an accidental overdose at only 38 years old.

Corey Hart, 80s recording sensation, has not been able to transition his ‘Sunglasses at Night‘ fame into lasting popularity. Although, as we found out in a recent interview, he’s doing great, living on an island with his family and producing music.  You got it made with the guy in shades, oh-no . . . 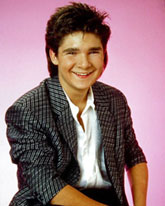 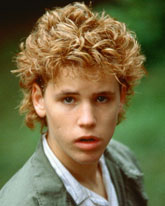 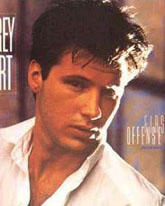