MTV’s Origins in the 80s

On August 1, 1981, something happened to cable television – something that would define pop culture, change generations, and shape an industry. That something had a name. The name was MTV. It launched at 12:01 in the morning, ushered in by John Lack (then the Executive Vice President of Warner-Amex Satellite Entertainment) saying, “Ladies and gentlemen, rock and roll.” And so it began.

Prior to 1981, MTV didn’t exist. Prior to 1981, we didn’t have 24-7 access to MTV, its music videos and VJs. However, the MTV of the 80s was nothing like the MTV we see today. Did MTV of the 80s have “The Real Word?” Heck no. But it did have tons of music videos, awesome VJs and music news unavailable anywhere else. In fact, we maintain that the MTV of the 80s was waaaaay better than the MTV of today. What is left of MTV has little to do with “music” and more to do with pandering to the lowest common denominator – read, My Super Sweet Sixteen or whatever that wanna-be-beauty-queen-really-just-a-spoiled-brat-that-needs-a-beating show is called. Oops, sorry for the momentary digression.

The first music video played on MTV was “Video Killed the Radio Star” by The Buggles. It served as the perfect song to bring in this new era of music and to begin the MTV legacy.

Do the names J.J. Jackson, Mark Goodman, Nina Blackwood, Alan Hunter, and Martha Quinn ring a bell? If you were alive and kicking (and watching MTV) in the 80s, they sure will. They served as the first 5 VJs (video jockeys) that introduced the videos played on MTV. In our recent interview with Nina Blackwood, we asked her how she feels about the direction taken by MTV away from the music. We agree completely with her answer, “I AM proud of what it was like in the early days and thankful to have been a part of it when the M actually stood for Music not Moronic as it does these days.” 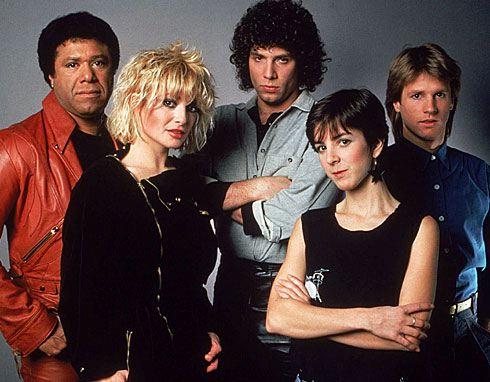 So there we were in 1981 being brainwashed with new slogans that would define the era (I want my MTV!) when in 1984, MTV introduced something that would forever change the face of the music industry. That is the year we were presented with the very first MTV Video Music Awards and suddenly the new generation had its very own awards show.

In the late 1980s, MTV began introducing non-music programming and slowly, over time, the flavor of MTV began to change. What happened to the MTV of the 80s? According to some it’s been replaced by a commercialized monster. However, we have our memories to keep us warm. And, we at Like Totally 80s are happy to offer some MTV nostalgia from the days when they actually played music videos so check out our 80s music videos and enjoy!!